New Column: Peas In A Pod==> Obama’s War On Our Troops & Rove’s War On Tea Party 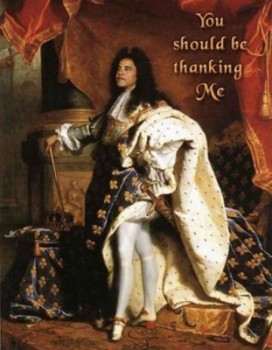 Obama and Rove really are the same animal. Both see this nation as an irritant, something to put up with and ultimately silence in their push for more money and power. Finally, we see their agendas self-destructively coincide. Obama wants the money and power the United States can afford him, while he works to irreparably damage this nation. His latest target? Our troops.

Rove, on the other hand, claims to be a conservative fighting for the GOP, as he now focuses on destroying the Tea Party, the one entity of independent conservatives which was able to bring the GOP back into power in 2010 after Rove and the Republican machine destroyed any hope for relevance with massive failures in 2008 and 2012.

With all this elitist cannibalism, nothing about Obama or the GOP surprises me any more. Replacing hot breakfasts with MREs for our front-line soldiers in Afghanistan and slashing health care for our veterans here at home is horrific enough, but when you consider the fact that this is being implemented by a president who has spent $20 million in taxpayer dollars for vacations in Hawaii, it becomes truly repulsive.

Think about it: how many hot breakfasts could $20 million buy for our troops? How much of a difference could we have made if we instead spent the Obamas vacation money on military health care? If we’re going to cut expendable things, let’s start with the Obamas playtime.

And get this: they actually want you to believe that eliminating hot breakfasts for some of our troops in the war theatre has nothing to do with budget cuts, instead it’s supposed to help ‘reduce our footprint’ on the front line. Amazing.

The Army has stopped serving cooked breakfasts to some of the U.S. soldiers in Afghanistan as part of its drawdown, a move that prompted troops to write home asking their families and friends to send care packages with cereal, breakfast bars and other foods.

The Army told the Washington Guardian the current cutbacks began Jan. 1, and affect about 2,700 soldiers deployed in forward operating bases in more remote areas of Afghanistan.

Officials said the reduction of cooked breakfasts and midnight meals is not related to the U.S. budget crisis, but rather is part of the effort to begin closing down U.S. operations in the affected areas and transition them to Afghan troops. The affected soldiers are being given packaged meals known as MREs (Meals Ready to Eat) as substitutes for a cooked breakfast, the officials said.

“As a part of the responsible draw down of operational forces serving in Afghanistan, my staff examined ways to reduce our footprint and set the conditions for the reduction of forces,” explained Col. Joe Wawro, an infantry commander for the 4th Infantry Brigade Combat team.

It gets worse. Obama is cutting healthcare benefits for active duty and retired US military. Here’s some linkage on the latest Obama attack on troops, via cuts to TRICARE, the military’s health insurance program.

Requiring TRICARE beneficiaries to pay more for their health care is a politically sensitive topic. No one wants to be seen as breaking faith with troops, their families or retirees, and military service organizations are a powerful lobby in Washington. There are signs, however, that real reform is on the horizon in 2013, driven largely by the government’s need to seriously cut spending — everywhere.

Everywhere, that is, except for Obama’s spending on vacations and funding of liberal pet projects,

like Planned Parenthood’s taxpayer stipend of more than $400 million a year, “green” energy debacles to the tune of billions, and a few other gems like these Top 10 Examples of Wasteful Federal Spending in 2012. After all, who could be so selfish as to want hot breakfasts on the front line in Afghanistan and decent health care for our veterans when we can fund a reality TV show in India, study pig poop, and create a “Robo-Squirrel” instead?

Obama will cut support for the best among us while making sure his obscene spending homage to Louis and Marie continues unabated. The other slap in the face? Congress is doing nothing to stop this madness. Over the past few days we’ve seen the GOP have a nervous breakdown in front of the country, hoping they’ll be able to somehow convince you that more spending, higher taxes, giving amnesty to 20 million impoverished foreigners is a good idea as we head into a double-dip recession.

The GOP seems intent on sacrificing any shred of principle they had left as they panic about being re-elected. 2014 is looming and they’ve decided career prospects or perhaps finally being true to their liberal agenda trumps what’s best for this nation. Perhaps Obama has finally set the the Republican Elite free…free from the charade that they’re conservative in any sense of the word.

But don’t worry, RNC Chair Reince Priebus emerged from the Republican House retreat, void of conservatives principles or ideas, but with the answer! The GOP is going to be the Happy Party! Smiles, smiles, smiles for everyone! No ideas, no vision, no courage, but All Happy, All the Time. That’s the ticket! In fact, the GOP/Rove/American Crossroads partnership already has a new ad out, sure to win over American voters!

We know elections are important, but it’s not the only goal of our independent conservative agenda. We must fight these issues as they come. The GOP not only isn’t going to fight for us, they are in league with Obama. After all, Karl Rove’s PAC has made it clear: the new enemy is us–small government conservatives, tired of funding their obscenely lavish lifestyles as they grow richer and richer. Rove’s attacks are making Tea Party, and our resolve, even stronger.

Oh, after all the pushback, Karl now says he ‘doesn’t want a fight’ with Tea Party. Our response? Too late, Fat Boy.

It’s Tea Party that frightens those boys because they know the potential of independent conservatism and its resonance with the American public. For our country and our troops, let’s make sure Rove’s nightmare comes true by stopping Shamnesty, demanding an end to insane, nonsensical spending, and by delivering another independent conservative surge in 2014 that will make 2010 look like child’s play.

This section is for comments from tammybruce.com's community of registered readers. Please don't assume that Tammy agrees with or endorses any particular comment just because she lets it stand.
16 Comments | Leave a comment
Click here to cancel reply.