If you like the idea of this phony pseudo-intellectual thug being given a seat at the table in the White House, then you should definitely vote for Hillary. She will coddle and kowtow to him as much as Obama has done.

Deray’s “seminar” was offered at Yale last year. I wonder if any of his “students” were in Charlotte this week, you know, looting “as a political tool.”

And “only stealing from the rich owners’ profit margins.” 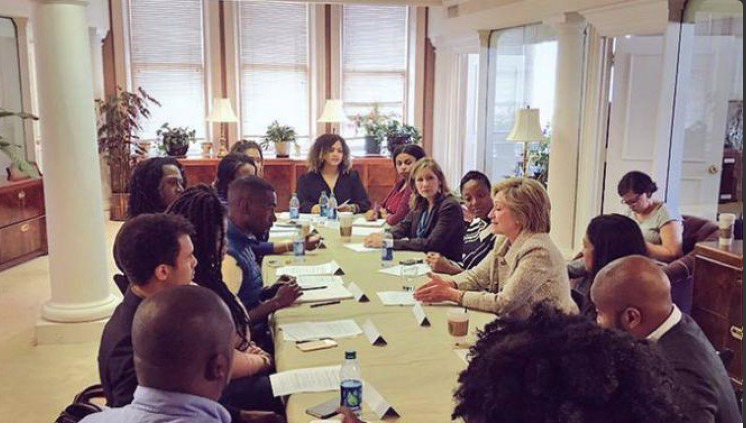 Via Truth and Action.

From the McKeeson class at Yale, required reading:

….When rioters take territory and loot, they are revealing precisely how, in a space without cops, property relations can be destroyed and things can be had for free[…]

But why is it bad to grab an opportunity to improve well-being, to make life better, easier, or more comfortable? Or, as Hannah Black put it on Twitter: “Cops exist so people can’t loot ie have nice things for free so idk why it’s so confusing that people loot when they protest against cops” [sic]. Only if you believe that having nice things for free is amoral, if you believe, in short, that the current (white-supremacist, settler-colonialist) regime of property is just, can you believe that looting is amoral in itself.

White people deploy the idea of looting in a way that implies people of color are greedy and lazy, but it is just the opposite: looting is a hard-won and dangerous act with potentially terrible consequences, and looters are only stealing from the rich owners’ profit margins….

Trump Condemns Charlotte Riots, Says They Hurt Black Communities Most of All