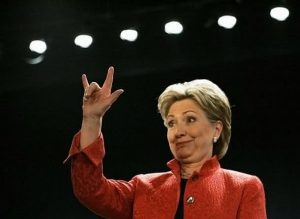 No word, yet, on whether the scripts told her when to cackle.