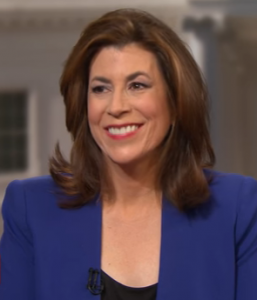 Tammy hit it out of the park on CBS’ Face the Nation yesterday.

Following the release of the intelligence report detailing Russia’s meddling in the U.S. election late last week, the Sunday morning shows were all abuzz with commentary with most of it critical of President-elect Donald Trump. But things were slightly different on CBS’ Face the Nation where radio host Tammy Bruce ripped in President Barack Obama for his meddling in the democratic election in Israel, all in a futile attempt to oust Prime Minister Benjamin Netanyahu.

“In 2015, we spent over 350,000 taxpayer dollars funding an organization in Israel called OneVoice, which we learned once we gave them those grants they immediately began to build up an infrastructure to oppose Netanyahu in Israel,” recalled Bruce.

Bruce’s claim is accurate, and not only did Obama use taxpayer money to undermine a staunch US ally but the news broke around the same time as the Russian meddling was occurring. “This is not unknown, it was widely reported in the summer of last year that it was an Obama-aligned group of people that worked with his campaign that were the consultants to that effort to dislodge Netanyahu, an active campaign in Israel,” she continued….

But that wasn’t the only harsh reality Bruce dropped on the Face the Nation panel:

James clapper lied about the spying on every single American to Congress. Was asked specifically about whether or not there was a program where Americans were being spied on and he said “No.” Still years later they’re saying well he said it was the least untruthful thing he could tell Congress….

More of the panel discussion, via RealClearPolitics: