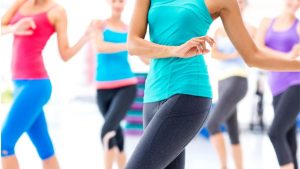 If you are a woman in Iran, you are forbidden from dancing, cycling, watching soccer matches, listening to certain music and…Zumba.

An Iranian government ban on Zumba classes has Persian fitness fans up in arms this week, after a major sports federation argued the female activity contravenes Islamic ideology.

In a letter to Iran’s Ministry of Youth Affairs and Sports, the Iran Sport for All Federation urged suspension of a number of activities, Zumba among them, “which include rhythmic motions and dance and are unlawful in any shape and title,” the BBC reported….

In the June 7 missive, the federation urged the development of “athletics for everyone in the framework of supreme Islamic ideology.”….

An Iranian cleric quoted by the Times explained that “any harmonious movement or rhythmic exercise, if it is for pleasure seeking, is forbidden” under Islamic law.

“Unbelievable,” Zumba instructor Sepideh Abozari told the Times. “The authorities are worried about a Zumba pandemic?”

Iranian women were shocked and disturbed by the ban, she said.

“Even in low-income areas on the outskirts of Tehran where I live… women pay as much as a month cash subsidy to participate in Zumba class to keep fit in body and mind and tune in to the happy rhythm.”….

Zohre Safavizadeh, a Zumba student, told the Times the ban was a revenge by hard-liners for moderates’ victory in the national elections last month, and the reelection of President Hassan Rouhani, who has promised Iranians greater freedoms….