by Shifra on September 24, 2017
Posted in: Israel, Technology
Tweet 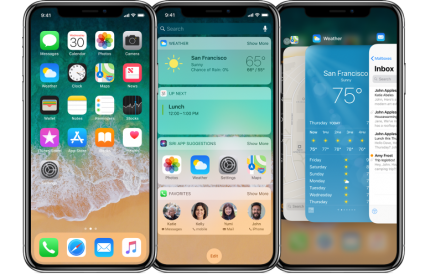 The hate-Israel BDS (Boycott, Divest and Sanction) crowd should definitely refrain from buying the new iPhone.

And there are many other items they should avoid like the plague if they want to show some consistency in boycotting Israeli technology: watch here

Supporters of the Boycott, Divestment and Sanctions movement may face a dilemma over buying the new iPhone X, because some of its manufacturers are located in Israel.

Apple unveiled its iPhone X last week for a market price of $1,000, along with launching the iPhone 8 and the iPhone 8 Plus. Although the American tech giant is based in California and employs hundreds of sub-suppliers, many the components found inside Apple’s iPhones and products are built and assembled in Israel….

Israeli technology has also contributed to the facial-recognition technology behind the iPhone X….

The iPhone X comes in two versions – one with a Qualcomm modem and one with an Intel modem.

Intel maintains a large corporate presence in Israel, with three factories in the country. Its biggest plant is in the southern town of Kiryat Gat and it manufactures some of the world’s most cutting-edge computer chips….