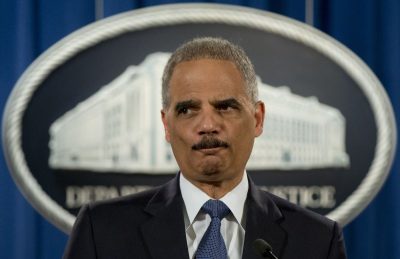 Last week, Obama had the audacity to claim, again, that his administration was scandal-free.

And maybe now we can finally get the details of the Obama Administration’s obscene ‘Fast and Furious’ scheme.

Attorney General Jeff Sessions announced Wednesday that the Department of Justice (DOJ) will provide documents to Congress on the Obama-era program dubbed “Fast and Furious” that allowed criminals to purchase guns in Phoenix-based gun shops in order to track them into Mexico.

The Justice Department, then run by Eric Holder, declined to provide documents on the program to Congress in 2012 and was held in contempt of Congress. Today’s decision ends six years of litigation with the House Oversight and Government Reform Committee.

“The Department of Justice under my watch is committed to transparency and the rule of law. This settlement agreement is an important step to make sure that the public finally receives all the facts related to Operation Fast and Furious,” Sessions said in a press release.

The Bureau of Alcohol, Tobacco, Firearms and Explosives (ATF) operation was discovered in 2010 after two of the guns were found at the scene of U.S. Border Patrol agent Brian Terry’s murder.

ATF lost track of more than 1,400 guns during the course of the operation, which totaled 70 percent of the number sold.

Last April, a joint U.S.-Mexico task force apprehended Terry’s suspected killer, Heraclio Osorio-Arellanes, at a ranch in northwestern Mexico. In a tweet Saturday, Terry’s brother urged President Trump to reopen the investigation into the scandal, which dominated the Obama Justice Department for years….

Obama’s ‘Scandal-Free Administration’ Is a Myth