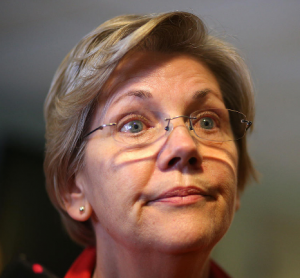 But that would be a fraud, as Warren appears to have less American Indian ancestry than the average American. Just saying.

Sen. Elizabeth Warren (D-MA) has declared herself vindicated for a decades-long claim to be Cherokee, thanks to a DNA test she ordered in response to taunts from President Donald Trump, in another signal that the former professor is gearing up for a 2020 presidential run.

According to Warren’s own DNA test, she has, at best, 1/64th Native American ancestry, but it could also be as low as 1/1,024. Percentage-wise, she can claim somewhere between 0.1 percent to 1.56 percent Native lineage.

The Boston Globe, a newspaper that has spent years trying to protect Warren on this issue (and has already had to issue a correction on this piece for overstating Warren’s Indian ancestry), broke the details of Warren’s DNA test and analysis Monday morning. The article’s author, Annie Linsky, similarly provided cover for Warren’s past in September with a story declaring: “her claim to Native American ethnicity was never considered by the Harvard Law faculty… At every step of her remarkable rise in the legal profession, the people responsible for hiring her saw her as a white woman.”

You say genealogy, I say “the people I went to high school with.”