Video) Tucker: Turns Out Only Republicans Are Required To Accept Election Outcomes They Don’t Like 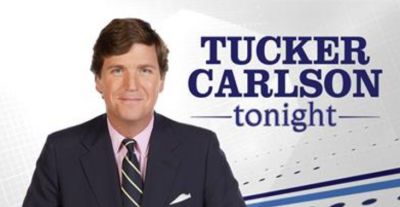 FNC’s Tucker Carlson wonders about the strange phenomenon of Democrats refusing to accept the results of elections:

TUCKER CARLSON: Election fraud is a serious charge. It’s telling that nobody making the claim has provided evidence that it happened. Most remarkable of all is that Hillary Clinton is one of the voices in this chorus. Here was Hillary’s view just two years of losing candidates who claim the election was rigged…

Turns out that accepting outcomes you don’t like is something only Republicans are required to do. Richard Nixon had an entire presidential election stolen from him in 1960. Liberals applauded when he chose not to contest it. But Democrats don’t apply the same standards to themselves. When Democrats lose, there’s always a reason that has nothing to do with alienating their own constituencies or getting fewer votes: Putin rigged the machines. The Macedonians hacked Facebook. Roger Stone sent unapproved tweets. Or, the perennial favorite: You’re racist. All of you who didn’t vote for us are racists. You’re immoral bigots. That’s what you’re hearing now. It’s a lie. America isn’t a racist country. It’s a kind and decent country. But the left hopes that by calling you enough names, they’ll bully you into giving them more power. Sometimes it works. It might this time. But at what cost to the country?