by Shifra on May 20, 2019
Posted in: Good Idea, Good News, Iran, Not Losing Any Sleep, Politics, Terrorism, Trump Revolution
Tweet 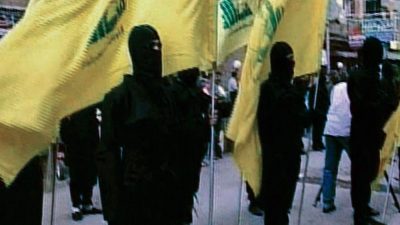 Hezbollah gets 70% of their funding from Iran, which makes it even more enraging that Barack Hussein Obama sent billions in cash and gold to the Iranian regime.

Hezbollah has been forced to make “draconian cuts” to its expenditures as a direct result of President Donald Trump’s 2018 sanctions on Iran, according to The Washington Post.

Hezbollah, a U.S.-designated terrorist group, received upwards of $700 million a year, or 70% of its revenue, from Iran in the past. But Iran’s ability to finance the Lebanese militia group has been significantly curtailed after Trump pulled out of former President Barack Obama’s 2015 nuclear deal, WaPo reported on May 18….

Some Hezbollah fighters have been furloughed and others have been assigned to the reserves, resulting in little to no pay, according to an administrative employee of the group.

Officials and fighters who’ve kept their job are also feeling the pinch, losing access to auxiliary benefits such as meals, gas and transportation, according to another Hezbollah official who spoke with WaPo….