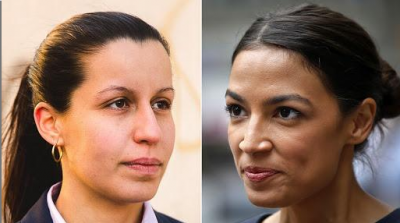 Her platform included decriminalizing prostitution because “We just criminalize the people who have been destabilized by systemic problems, and you know our sex work community falls squarely within that category,”….“This is literally how they put food on their tables,”….

Her election loss is a clear win for the NYC borough of Queens.

“We terrified the Democratic establishment,” Cabán told her supporters at a party in Astoria.

“We showed [that] you can run on a boldly decarceral platform,” she added referring to her criminal justice reforms. “You don’t have to play by the old rules.”

In a back-and-forth race that saw both candidates declare victory, the insurgent lawyer fought to the very end challenging dozens of invalidated affidavit ballots in court that she said were improperly excluded.

But after several attempts to claw back — including at a judicial hearing earlier Tuesday — she bowed out after it became clear she’d be unable to erase the 60-vote gap separating her and Katz.

“There’s still so, so much work to be done here in Queens — and you better believe I’m going to keep fighting,” Cabán said….