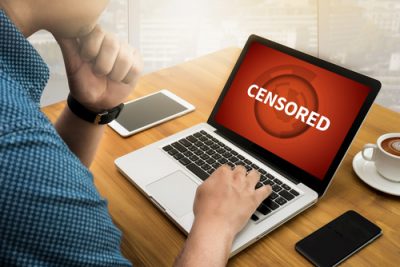 Well, how strange, said no one ever. If we find it was removed deliberately, it’s one more example of how the overt, knee-jerk effort by Silicon Valley to thwart access to information that may expose the Democrats for what they are keeps rolling along.

The 1993 episode of CNN’s “Larry King Live” featuring an anonymous caller who was later identified as the mother of Biden accuser Tara Reade was no longer listed in Google Play’s catalog late Saturday. Twitter user J.L. Hamilton shared a screenshot showing the Aug. 11, 1993, broadcast of “Larry King Live” was no longer listed in the season three catalog of the iconic CNN talk show. Mysteriously, though, the Aug. 10 broadcast, which is listed as “Episode 154” is followed by the Aug. 12 broadcast, which is listed as “Episode 155,” suggesting that episode and the ones that follow could be incorrectly listed and off by a number. Fox News later verified the Aug. 11 episode is not listed on the streaming service. It is unclear when it was removed from the catalog.

Fox News was also told that CNN does not license the “Larry King Live” content that appears on Google Play and that the episode listings are controlled by Google.

A resurfaced clip of “Larry King Live” from 1993 appeared to include the mother of Tara Reade — who has accused Joe Biden of past sexual assault while Biden served in the Senate — alluding to “problems” her daughter faced while working as a staffer for the then-U.S. senator from Delaware.