by Shifra on April 22, 2020
Posted in: Coronavirus, Cry Baby, Grow a Spine, Imagine That, Whining
Tweet 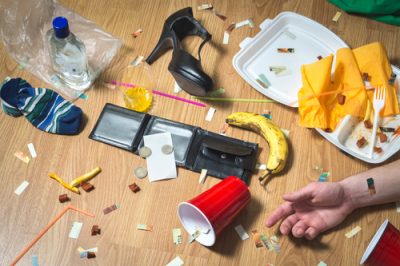 These people don’t know where to put the trash or if an opened pickle jar goes in the fridge.

But why is Martha Stewart quarantined with her housekeeper (and driver and gardener) at her mansion? Isn’t she supposed to be the Queen of DIY?

Kenneth Mark never had much time for domestic duties. The dermatologist, who runs three high-end practices in Soho, the Hamptons and Aspen, Colo., typically spends “north of 60 hours a week” jabbing patients with Botox and fillers. His housekeeper of 20 years keeps his home in order….

Then the coronavirus pandemic swept the city.

“It was unfair to ask her to come in,” says Mark, who splits his time between Murray Hill and the Hamptons. “From a medical perspective, it was potentially dangerous for her and us.”….

“It’s been a complete shock to our normal day-to-day life,” says Mark, who is still paying his housekeeper/nanny despite being unable to lean on her services. “I’m doing way more than I would under normal circumstances.”

Across the country, elites like Mark have been struggling to figure out how to deal without Jeeves during the COVID-19 outbreak….

“You want to talk about the great equalizer?! People like us take things for granted,” says Seth MacFarlane on a recent episode of HBO’s “Real Time With Bill Maher.” “We take our housekeepers for granted. Things like laundry and changing the cat box . . . Even figuring out how to do floors. My God, it’s a hell of a lot harder than making TV.”….

The bright side? Rich kids are getting stuck with chore duty, too.

“My daughter is having to do everything for the first time in her entire life,” says an Upper East Side mother, who asked to remain anonymous, of her teenager. “She has always had daily help.”….