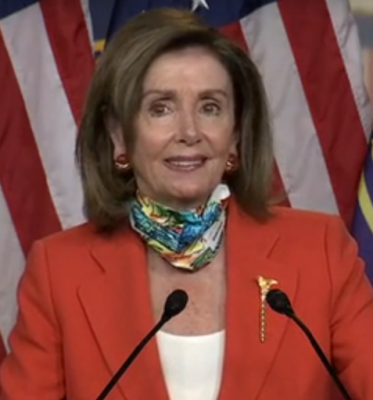 Because Pelosi and Schumer *really* care…about their own power, about defeating President Trump, and about turning our country into a huge dumpster fire.

Do they care about Senator Tim Scott’s efforts at real police reform? Not so much.

….Pandering in response to the George Floyd Justice in Policing Act, which Democrats passed Thursday in the House, as Pelosi recalled the exchange she referred to Floyd as “George Kirby.”

“And I’m very proud… that before he testified he said to me, ‘Madam Speaker, do you think that I can tell George’s daughter his name will be always remembered because you’ll name the bill for him,” Pelosi said. “And I said, ‘Well I’ll recommend that to the Judiciary Committee and to the Congressional Black Caucus, who’ve shaped the bill, but I only will do that if you tell me that this legislation is worthy of George Kirby’s name. And he said it is.”….

Schumer & Pelosi who both deeply care about George Floyd so much that they can even remember what his name is. https://t.co/VVsiTQIdfo

Tim Scott blasts Pelosi over ‘outrageous, sinful’ claim GOP wants to ‘get away with murder’ of George Floyd