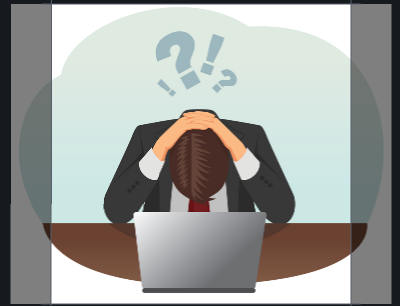 Looks like working from home turns out to be not so ‘perfect’ after all.

….The affliction that’s come to be known as “Zoom fatigue” is way more than a byproduct of too many meetings. Social scientists say it’s the result of the sudden mass adoption of technology that’s disrupting the normal, instinctual and finely-tuned way of communicating that developed to help humans survive.

“We’ve evolved to get meaning out of a flick of the eye. Our species has survived because we can produce those signals in a way that’s meaningful,” says Jeremy Bailenson, professor and director of Stanford University’s Virtual Human Interaction Lab. “Zoom smothers you with cues, and they aren’t synchronous. It takes a physiological toll.”

Before the pandemic, Zoom was barely known to the public. The 9-year-old company served mainly businesses, hosting lots of webinars and training. In recent months, it has become a staple in many households, growing from 10 million people attending meetings at the end of last year to 300 million in April….

So what explains the widespread love-hate with Zoom? The frustration isn’t unique to it. Many of the annoyances about video conferencing stem from the fact that it’s not as perfect as person-to-person….

There’s little research—experiments are in the dozens, not hundreds—on groups of people doing live videoconferences, Dr. Bailenson says. His department has launched a large-scale study of how they affect users. Past research on media and human behavior sheds light on what underlies the so-called Zoom fatigue.

Communication is an exquisite interplay of talk, gestures, movement and timing between people that scientists call synchrony. This complex interaction is so basic that researchers who discovered it between adults later found it happens in newborns—an infant’s movements synchronize with the speech of its caretaker as early as the first day of life.

Zoom and other video-conference services present many communication pitfalls—an inability to read body language, faces that move into different spots on the screen, a chat feature to accommodate side comments and transmission delays that hinder turn-taking….

On video, the biochemistry of communication likely changes in other ways. Studies indicate that face-to-face conversation results in the release of neurotransmitters like dopamine, linked to feelings of pleasure, and the hormone oxytocin, according to Susan Pinker, a psychologist who writes a column for The Wall Street Journal. Oxytocin, a byproduct of synchrony, facilitates communication. Studies of biochemical reactions that occur while communicating by text, social media and telephone suggest “we get more biochemical bang for our buck during face-to-face contact because it offers a richer stream of social signals,” she says….