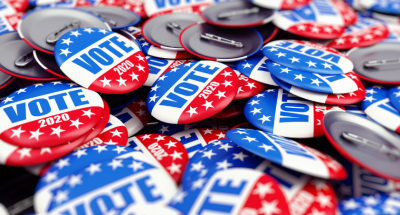 You’ve seen the blaring headlines declaring the polls are bad for Trump?

….Cahaly’s polls in 2016 also showed Donald Trump winning Pennsylvania – again, he was nearly alone in projecting Trump’s narrow victory there – and thus taking the White House. Cahaly’s success continued in 2018, most conspicuously in Florida. He was one of the few pollsters whose data showed Ron DeSantis beating Andrew Gillum in the Florida gubernatorial race and Rick Scott besting incumbent Democrat Bill Nelson in the Senate race….

So it’s notable that Cahaly has just released his first poll of the 2020 cycle, a survey of likely voters in Michigan showing Trump trailing Joe Biden by a single point, 46%-45%….

Cahaly’s survey, using the same methodology he employed four years ago but with an enhanced system for targeting likely voters, shows the race in Michigan as extremely competitive. The pollster also continues to see signs of “shy” or “reluctant” Trump voters in the electorate. Known as “social desirability bias,” it refers to the effect of respondents not telling the truth about whom they will vote for because they think their choice will be viewed unfavorably by others, including those conducting the survey. In a phone interview today, Cahaly said the social desirability bias he is seeing is “worse than it was four years ago.”

Cahaly also pointed out, social desirability notwithstanding, African American support for Trump in the survey registered 11.8%, which would represent a significant increase over four years ago. According to the 2016 exit polls, Trump won just 6% of African American voters in Michigan….