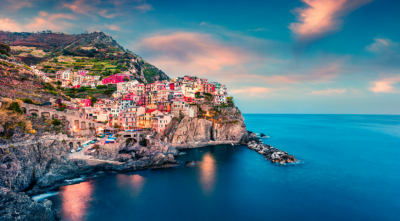 Someone please alert AOC about this new study.

She would probably call for a boycott/shutdown of Scientific Reports.

Because, science… or something.

The Mediterranean Sea was considerably warmer during the period of the Roman Empire 2000 years ago than it is today, according to a new study published in Scientific Reports.

The period of the Roman Empire, which ran from 27 BC to 476 AD, coincided with warmest period of the last 2,000 years in the Mediterranean, found the 8-member international team of researchers led by Giulia Margaritelli.

Employing ratios of magnesium to calcite taken from skeletonized amoebas in marine sediments, an indicator of sea water temperatures, the researchers determined that the Roman Period (1 AD – 500 AD) was the warmest of the last 2 millennia, “about 2 °C warmer than average values for the late centuries for the Sicily and Western Mediterranean regions.”

Moreover, the study found that “this pronounced warming during the Roman Period is almost consistent with other marine records from Atlantic Ocean and with the continental anomaly reconstruction from Europe,” a climate phase that “corresponds to the so-called ‘Roman Climatic Optimum’ characterized by prosperity and expansion of the empire.”….