Dems, Celebs Call For Boycott of Goya Foods Because… Trump 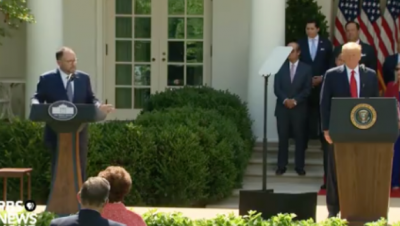 Memo to AOC, Julian Castro (remember him?) and Lin-Manuel Miranda:

We live in the United States of America, not a Banana Republic where people are silenced (or executed) for having opposing viewpoints.

On Thursday, Unanue insisted that the United States is “blessed” to have Trump for president, spurning calls for boycotts of the beloved, affordable brand.

He made the remarks at a White House event, saying, “We are all truly blessed … to have a leader like President Trump, who is a builder.”

Unanue, who worked with former First Lady Michelle Obama when her husband, former President Barack Obama, was in office, expressed his disappointment for a double standard.

“You’re allowed to talk good or to praise one president, but you’re not allowed — when I was called to be part of this commission to aid in economic and educational prosperity and you make positive comment, all of the sudden that’s not acceptable,” Unanue complained….

Oh look, it’s the sound of me Googling “how to make your own Adobo” https://t.co/YOScAcyAnC