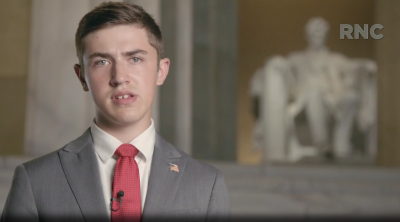 This is what this election is. Don’t be fooled by Goebbels show

And exactly how dumb do you have to be, as a political analyst on CNN, to attack Nick Sandmann… after CNN paid $250M in a defamation lawsuit settlement?

I'm watching tonight because it's important. But i don't have to watch this snot nose entitled kid from Kentucky.

“Your bosses at CNN defamed this kid. The entitled snot nose idiots were from CNN … not the other way around,” National Review contributor Pradheep Shanker told the former Clinton press secretary….