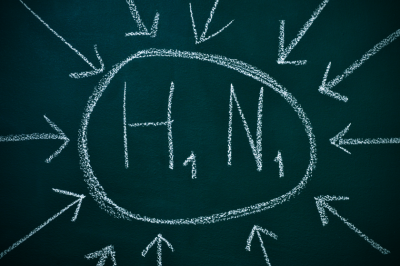 There were so many lies, er, untruths, at the Democrats’ Trump Derangement Syndrome Telethon, er, Amateur Hour, er, Orange Man Bad Show, er, convention, that it was hard to keep track.

But along with their absurd claims that President Trump was somehow responsible for COVID-19, and that the amazing economic recovery of the past three years was thanks to Obama (um, no!), there were also many lies of omission. Yes, it would have been nice if someone had acknowledged the reality of the violence in (Democrat-led) cities. But here is something else they conveniently omitted: the Obama-Biden Team response to the H1N1 virus, as Kimberley Strassel reminds us:

Via Wall Street Journal.
(Do click through for the full commentary)

…Team Obama promised 100 million doses of vaccine by mid-October. (A flu vaccine is easier to produce than a coronavirus vaccine). But government setbacks in production, manufacturing and dosing protocols resulted in only 11 million doses, prompting national outrage. By that point, the CDC estimated 22 million Americans had been infected, 36,000 children hospitalized, and 540 kids had died.

Before Covid-19, Democrats were willing to admit they’d dodged a bullet. Former Biden chief of staff Ron Klain said at Texas A&M in 2019: “We did every possible thing wrong. Sixty million Americans got H1N1 in that period of time, and it is just purely a fortuity that this isn’t one of the great mass-casualty events in American history. [It] had nothing to do with us doing anything right; just had to do with luck. If anyone thinks that can’t happen again, they don’t have to go back to 1918. Just go back to 2009, 2010. Imagine a virus with a different lethality, and you can just do the math.”….