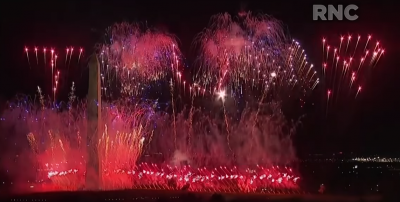 NYT reporter Ken Vogel was oh-so-upset by the noise of the fireworks at the end of the RNC Convention.

Was he also troubled by a crazed mob attacking guests as they left the WH grounds? Not so much.

FUN FACT: In Washington, DC, it is unlawful for a person to make an unreasonably loud noise between 10pm & 7am that is likely to annoy or disturb one or more other persons in their residences, punishable by a max fine of $500 & 90 days in jail. https://t.co/dH0H0FXCiL

Would have been nice if this had been enforced as “activists” terrorized neighborhoods at 2 AM banging drums, screaming, blocking roads and shining lights into people’s homes. https://t.co/J51JzPJqya

Fun fact: they applied for and received a permit https://t.co/F50bTxoqa8

Clear that space on your shelf, quickly! The Pulitzer is on its way