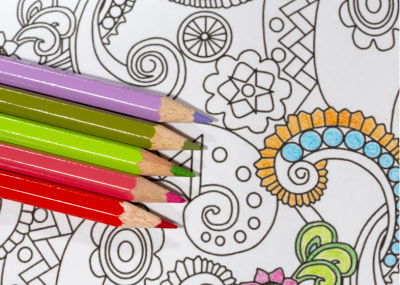 But what about all the whiny, immature. er, intellectual college kids who need safe spaces and crayons when they get ‘triggered’ ? And coloring books are so much cheaper than therapy llamas.

In a piece originally titled “There’s A Sinister Reason Coloring Books Are So Popular In Quarantine,” a professor who teaches the history of art, ideas, and technology at Stanford University and also writes for The Guardian and Vogue posits a unique take: “What if the recent popularity of coloring books comes not from the creativity they purportedly inspire, but from the submission they induce?”

In the piece, later retitled “The Dark, Forgotten History of Coloring Books,” Emanuele Lugli asserts, “This, after all, has been their mission from the start. It may be lost to the fans of coloring books that their success peaked in the 19th century, when such publications taught children how to behave. And obedience seems to be what many of us crave in these pandemic days.”

Noting that the “The Little Folks Painting Book—often described as the first coloring book,” which depicts in its last story “a brother and sister who wish to fly away from their boring, secluded life and are magically held captive on flying carpets that take them on a journey that never ends, a Dantesque hell of punishment,” Lugli asks, “Doesn’t this sum up what coloring books are about: Stay within the lines?”….