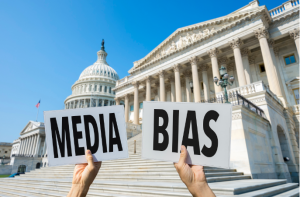 Last week, the AP Stylebook was amended to discourage the use of the word “riot” to describe violent protests.

Because, you know, they were “mostly peaceful protests.” Or something.

Although at least this time, they were forced to retract their biased shenanigans.

The Associated Press was forced to add an editor’s note to a recent story about the Supreme Court on Saturday, in which the outlet made it seem as if the Democratic strategy to pack the high court would “depoliticize” the bench.

The article, written by Iris Samuels, centered on a debate between Sen. Steve Daines, R-Mont., and Gov. Steve Bullock, his Democratic opponent in the upcoming election.

The AP’s original post reportedly read, “Bullock said that if Coney Barrett was confirmed, he would be open to measures to depoliticize the court, including adding judges to the bench, a practice critics have dubbed packing the courts.”….

The line about court-packing serving as a way to “depoliticize” the bench was removed to reflect the idea that it was not a statement of fact, but rather the political opinion of a Democratic lawmaker….