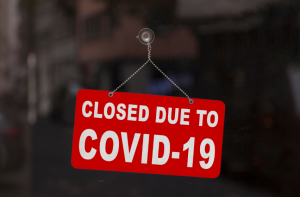 How did feminist author Naomi Wolf (who, back in 1999, was paid $15,000 a month to advise Al Gore to wear earth tones) miss Joe Biden stating how he would “listen to the scientists” and shut down the country if told to do so? Was she living under a rock? Or maybe she just voted for ol’ Joe because “Orange Man Bad”? Or something… But I guess Naomi is just going to love the mask mandate. And I would love to hear her thoughts on this gem: Joe Biden Coronavirus Adviser: Vaccine Should Be Distributed Globally, Not to America First

“I would shut it down. I would listen to the scientists.”

Joe Biden tells @DavidMuir in an exclusive interview that as president, he would shut the country down to stop the spread of COVID-19 if the move was recommended by scientists. https://t.co/2A9r07d7EC pic.twitter.com/e8yTrT9G56

A former adviser to President Bill Clinton and Vice President Al Gore said over the weekend that she would not have voted for President-Elect Joe Biden had she been aware of his thoughts on coronavirus-related economic shutdowns.

Naomi Wolf, an author who served as an adviser on the Clinton-Gore campaign in 1996, wrote on Twitter that lockdowns are a “historically unprecedented” and “terrifying practice,” as first reported by Townhall on Monday.

She said President-elect Biden’s openness to reinstating more lockdowns to curb the spread of the coronavirus outbreak made her question casting her ballot for him….