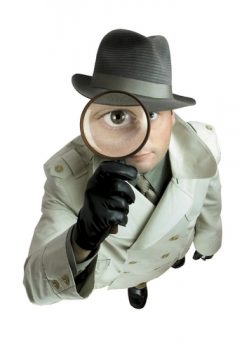 Really, at this point, shouldn’t we begin to consider that 2020 has actually been an alternate reality hosted by Rod Serling?

Paperwork for a new company called “Case Research & Consulting Services LLC” was filed with the Florida Division of Corporation under Anthony’s name on Dec. 14.

The new venture, first reported by The Daily Mail, comes a few years after Anthony — who was acquitted of murder in the June 2008 death of her 2-year-old daughter, Caylee — set up a photography business, which shuttered in 2018…

Anthony reportedly moved in with Pat McKenna, a private investigator for her defense team, and later announced she’s working on a movie about her daughter’s mysterious death.

The West Palm Beach address listed for the gumshoe shop is associated with McKenna, who was the lead private investigator for Anthony’s defense team in the 2011 trial.