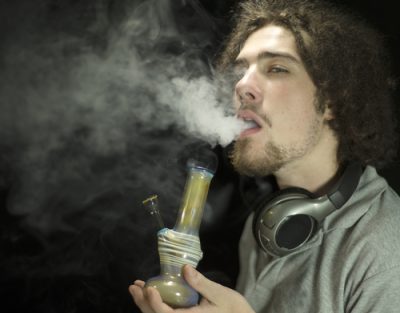 Makes perfect sense. If you’re high. Not only is the exception hypocritical, notice the government is now telling us what we can and cannot do in our own homes, completely legal acts, in the name of ‘health.’ I’m not a smoker and don’t like the habit, but this is none of the government’s business to say the least. Building owners and managers can set rules and regulations for their rental properties of they like, but allowing the government to give this order is unacceptable.

But lighting up a joint inside? That’s still allowed.

The Board of Supervisors voted 10-1 Tuesday to approve the ordinance making San Francisco the largest city in the country to ban tobacco smoking inside apartments, the San Francisco Chronicle reported.

The original proposal sought to ban residents from smoking marijuana in their apartments, but supervisors voted to exclude marijuana after cannabis activists said the law would take away their only legal place to smoke. It’s illegal under state law to smoke cannabis in public places.

“Unlike tobacco smokers who could still leave their apartments to step out to the curb or smoke in other permitted outdoor smoking areas, cannabis users would have no such legal alternatives,” said Supervisor Rafael Mandelman, who wrote the amendment to exempt cannabis.

So much for the dangers of second-hand smoke. Like the Covid restrictions in deep blue tyrannical cities, it’s funny how matters of ‘life and death’ really aren’t so serious at all when it inconveniences the liberal agenda.