Obama says critics ‘talk about me like a dog’. That’s weird, because the only person talking about Obama (in fact all black Americans) like a dog is, er, Obama. Specifically, Obama shockingly called all black people “mongrels,” a term typically used in reference to dogs, not to people. Most of America also found it rather odd when the First Family named their dog “Bo,” the initials of Barack Obama. So, in keeping with the president’s apparent canine point-of-view, here’s a picture illustrating what’s going to happen on November 2, 2010. And finally, thank you Mr. President, for teaching us how to speak Doglish. 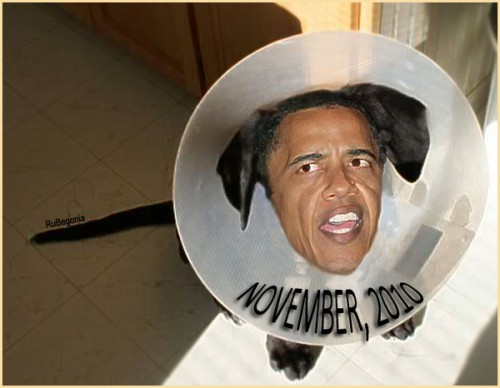 This section is for comments from tammybruce.com's community of registered readers. Please don't assume that Tammy agrees with or endorses any particular comment just because she lets it stand.
49 Comments | Leave a comment
Click here to cancel reply.