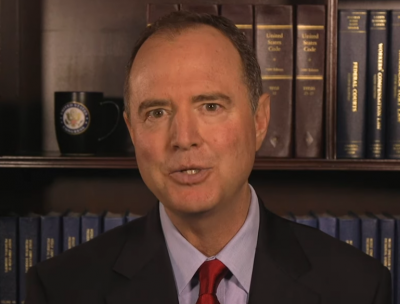 Last week, the Wall Street Journal published an editorial calling out Adam Schiff for repeatedly and falsely claiming that he had information “proving Russia-Trump” collusion, and they ended with “no one should ever believe another word he says.”

His response? AG Bill Barr, WSJ and Fox News have no credibility.

Rep. Adam Schiff said the Wall Street Journal editorial board, which has been heavily critical of his work as chairman of the House Intelligence Committee, has “no credibility.”

The California Democrat told the Daily Beast in a podcast last week that the Wall Street Journal has become a “Trumpist” newspaper when asked to respond to an editorial that urged people not to trust him anymore because of how he “spread falsehoods shamelessly” for three years with his repeated claims of there being evidence of collusion between the Trump campaign and Russia.

“It’s really a retreat of the same attacks they made earlier when [Attorney General] Bill Barr came out and misled the country about the Mueller report. Look, the Wall Street Journal editorial page has the same essential content as Fox prime time and the same joint ownership,” he said, referring to News Corp….