Bernie Sanders Reportedly Wants To Be Labor Secretary In A Biden Admin. 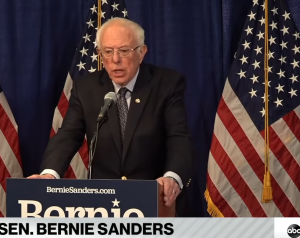 As if we did not have enough reasons to vote for Donald Trump.

U.S. Sen. Bernie Sanders is reportedly interested in serving in Joe Biden’s Cabinet if the Democrat wins the presidency — with plans to push for more “progressive voices” in the nation’s leadership.

Sanders, an independent from Vermont who was Biden’s most serious Democratic challenger during the primary season, has reached out to contacts within Biden’s transition team with a specific interest in the labor secretary position, two sources told Politico….