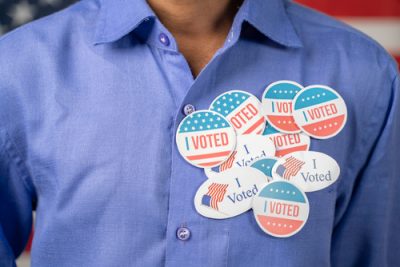 You can’t make this up. The judge also happens to the be Stacey Abrams sister. Why this judge wouldn’t recuse herself from making any election decision involving voter rolls when her sister is deeply involved in the election herself is inexplicable. This is not an issue of who appointed you, this is a member of her *family,* her sister, being materially involved and interested in the outcome on an issue like voter fraud.

A federal judge on Monday ordered two Georgia counties to reverse a decision removing thousands of voters from the rolls ahead of Jan. 5 runoff elections that will determine which political party controls the U.S. Senate.

The counties seemed to have improperly relied on unverified change-of-address data to invalidate registrations, the judge, Leslie Abrams Gardner, said in her order filed late on Monday in the U.S. District Court for the Middle District of Georgia…

“Defendants are enjoined from removing any challenged voters in Ben Hill and Muscogee Counties from the registration lists on the basis of National Change of Address data”, Gardner wrote in the order. The judge is the sister of Democratic activist Stacey Abrams, who lost a race for Georgia governor in 2018.

The bulk of the registrations that the counties sought to rescind, more than 4,000 of them, were in Muscogee County, which U.S. President-elect Joe Biden won handily in November, Politico reported politi.co/2L3MGf6.

An additional 150 were from Ben Hill County, which President Donald Trump won by a wide margin, the report added.