Giuliani Says Fight Not Over After SCOTUS Rejects Texas Challenge 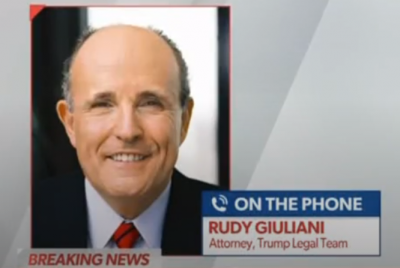 As I noted on Twitter this evening, I’m Deeply disappointed SCOTUS didn’t even bother to hear the Texas case. The American people deserve at the very least a hearing & opinion explaining in detail. With trust in govt & its legitimacy at stake for a variety of reasons, this does not help.

But this is not the time to quit. When General Washington lost New York to the British he didn’t quit. Creating the nation was worth it, so he kept going, against all odds. Saving the country from the malevolent left is the least we owe everyone who gave all creating & protecting our great nation.

…Giuliani said, “The case wasn’t rejected on the merits, the case was rejected on standing. So the answer to that is to bring the case now to the district court by the president, by some of the electors, alleging some of the same facts where there would be standing and therefore get a hearing…”

“The president’s reaction is to look at other options. I mean, we always knew that this was an option, that we would have to convert this into — in fact, originally, we thought about this as possibly four or five separate cases. So that is the option we are going to have to go to. There’s nothing that prevents us from filing these cases immediately in the district court in which the president, of course, would have standing, some of the electors would have standing in that their constitutional rights have been violated.”

He added, “We’re not finished. Believe me.”