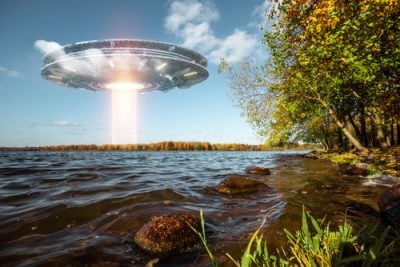 “I look up and then I was like oh s—! I started calling my husband and them because they were all in the garage. I was like, ‘Hey, come look up there. See if you see what I see.’ They all said yeah! I don’t know what it was. … This one was going so fast,” one woman, only identified as Moriah, said.

A bright blue oblong aircraft was spotted over the island of Oahu last Tuesday before it appeared to dive into the ocean. The scene prompted 911 calls, but the Federal Aviation Administration said no aircraft accidents occurred at the time the unidentified flying object was spotted.

Moriah followed the object for a mile and described it as being “larger than a telephone pole” and silent. After it ostensibly dropped into the ocean, she spotted another object emitting a white light.