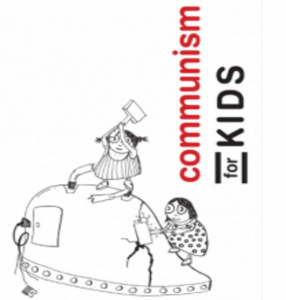 No mention of the many millions of people murdered, starved and tortured under Communism, though.

You don’t want to upset the kiddies, I guess.

In order to make the deadliest ideology of the 20th century palatable to young Americans, “Communism for Kids” is coming to a bookstore near you.

This newly released book from MIT Press “proposes a different kind of communism, one that is true to its ideals and free from authoritarianism.”….

According to the Amazon synopsis, the book weaves a fairy tale of “jealous princesses, fancy swords, displaced peasants, mean bosses, and tired workers.”….

It is bewildering why MIT Press would publish a book that cutesies up the political creed that gave the world Joseph Stalin, Mao Zedong, Fidel Castro, and many more of the world’s most prolific mass murderers. None of these brutal dictators are mentioned in the book, according to The Washington Free Beacon.

Communism seemingly gets a pass to be reimagined as a sweet fable while it’s inconceivable that a book called “Fascism for Kids” would ever be printed by a reputable publisher….