Elizabeth Warren Is A Direct Descendant of Militia ‘Indian Fighter’ 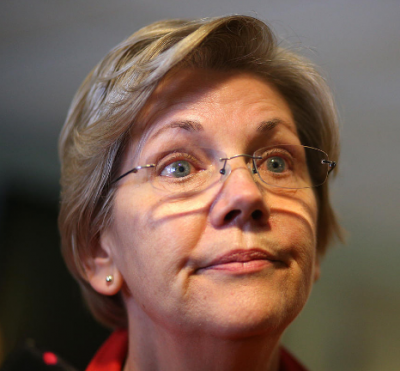 This would never have been relevant, but Liz Warren brought this upon herself with the “I have Native American DNA” narrative.

Oh what a tangled web we weave when first we practice to deceive.

Sen. Elizabeth Warren’s (D-MA) great-great-great grandfather Jonathan Crawford served in Major William Lauderdale’s Battalion of Tennessee Volunteer Militia from November 1837 to May 1838, a six month time period during which it fought two battles in Florida against the Seminoles….

A native of Virginia, Lauderdale moved to Tennessee, where he was known as the latest in a long line of Indian fighters, as the Daily Press reported in 1992:

Like other Virginians of his day, Lauderdale developed into an Indian fighter. In 1803 he marched as a Tennessee volunteer to the Louisiana Territory to fight for the United States against the Spanish and the Indians. In the War of 1812 he served under Gen. Jackson and fought against the Indian allies of the British in what are now Alabama, Mississippi and Louisiana.
…
William Lauderdale became Gen. Jackson’s trusted understudy in the War of 1812. When the Creek Indians rose up to massacre white settlers in Alabama in 1813 and President James Madison ordered Jackson to defend the area, Capt. Lauderdale and his Tennessee Vols helped win the battle of Talladega. Lauderdale went on to play a part in Jackson’s defeat of the British in the battle of New Orleans in 1815, which ended the War of 1812….

Breitbart News asked Sen. Warren for comment on this story multiple times through her presidential campaign but did not receive a response.