Streisand Calls Electoral College ‘An Assault On Our Democratic Principles’ 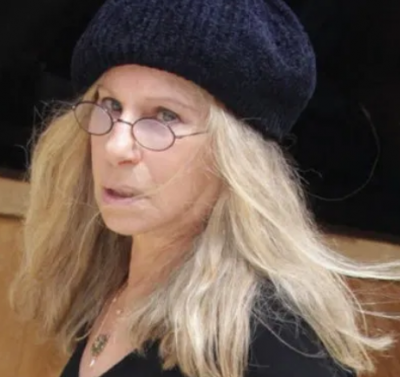 Barbra Streisand, Trump Derangement Syndrome moonbat, er, noted constitutional scholar, weighs in on why she thinks the Electoral College needs to be abolished.

Speaking to The Washington Post for an article on what the U.S. Constitution represents to herself as well as other progressive figures such as Democratic Speaker of the House Nancy Pelosi, Streisand described the system as “antiquated” and advocated replacing it with a system that allows the winner of the popular vote to win the election….

This is not the first time that Barbra Streisand, a progressive stalwart who is one of Hollywood’s most fervent anti-Trump critics, has expressed her opposition to the Electoral College. Last year, the Oscar-winner admitted to having been brought to tears by Hillary Clinton’s defeat at the hands of Donald Trump and argued the fact that she got 2.9 million more votes than her Republican counterpart had left her “numb.”

“So, I was in tears,” the 77-year-old singer said of the night of the presidential election. “We walked around of kind of numb. I’m still a little bit numb because I can’t believe it happened, since, you know, Hillary got 2.9 million more votes than Trump and she’s not the president, so I don’t know….

Via Huffington Post: Why The Electoral College Is More Relevant Today Than Ever Before

For the fifth time in American history, the presidential candidate who won the popular vote has lost the election, reinvigorating calls to abolish the Electoral College. Recently, outgoing senator Barbara Boxer introduced a bill to that effect, calling the system “outdated” and “undemocratic.” Critics like Boxer, however, are mistaken. The Electoral College is more relevant today than when it was created, and abolishing it could have profound and unforeseen consequences for our democracy.

When the institution was created in 1787, the goal was to prevent the more populous Southern states from overpowering the less populous Northern states….Today, California’s voting-eligible population is 25 times greater than Wyoming’s. In fact, if the Electoral College were abandoned and a presidential candidate won every eligible vote in California, she could ignore the least populous 21 states and still have a lead. Our population is so unevenly distributed that the 10 million registered voters in New York City and Los Angeles County outnumber all of those in Pennsylvania by over a million and a half….

The “one person, one vote” mantra so fiercely advocated by critics of the EC sounds nice, but what does it actually mean? Should we abolish the winner-take-all component of our elections and allocate representatives proportionally? Should we return to what we did before 1804 and crown the presidential candidate who received the second most votes as the vice president? Do we want a clear winner, or do we want to strive for the admittedly lofty — perhaps quixotic — goal of giving all Americans a somewhat equal share of representation?….

Via RealClear Politics: Why We Need the Electoral College

Donald Trump’s election with fewer popular votes than Hillary Clinton has raised again the question of why the presidency is decided through an Electoral College and not a popular vote. Mr. Trump himself said in a recent interview said that a popular vote seems more sensible.

Many people who are currently calling for the abolition of the Electoral College, however, don’t realize the chaos that would result….

…there are very practical reasons why we will always need the Electoral College under our current constitutional system.

The most important is that we want the presidential election to settle the question of legitimacy—who is entitled carry on the office of the president. Under the Constitution, the person who receives the most electoral votes becomes the president, even if he or she does not receive either a plurality or a majority of the popular vote.

In the election of 1992, Bill Clinton received a majority of electoral votes and was the duly elected president, despite the fact that he received only a plurality (43 percent) of the popular votes. A third party candidate, Ross Perot, received almost 19 percent. In fact, Bill Clinton did not win a majority of the popular vote in either of his elections, yet there was never any doubt—because he won an Electoral College majority—that he had the legitimacy to speak for the American people.

This points to the reason why the Electoral College should remain as an important element of our governmental structure. If we had a pure popular vote system, as many people who are disappointed with the 2016 outcome are now proposing, it would not be feasible—because of third party candidates—to ensure that any candidate would win a popular majority. Even in 2016, for example, although Hillary Clinton won the popular vote, she only received a plurality (48 percent)—not a majority; third party candidates took the rest.

If we abandoned the Electoral College, and adopted a system in which a person could win the presidency with only a plurality of the popular votes we would be swamped with candidates. Every group with an ideological or major policy interest would field a candidate, hoping that their candidate would win a plurality and become the president….

We see this effect in parliamentary systems, where the party with the most votes after an election has to put together a coalition of many parties in order to create a governing majority in the Parliament. Unless we were to scrap the constitutional system we have today and adopt a parliamentary structure, we could easily end up with a president elected with only 20 percent-25 percent of the vote….

Those who complain now that it is unfair for Donald Trump to become president when he received fewer votes than Hillary Clinton have not considered either the implications of what they are proposing or the genius of the Framers.