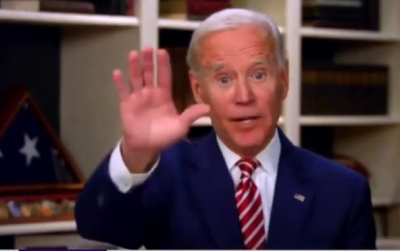 Biden accuses President Trump of being “dangerously irresponsible” by announcing that he is taking hydroxychloroquine, because “no serious medical person” is saying to use the drug.

But it is Biden who is being dangerously irresponsible in mocking the use of this drug. Last time I checked, Joe Biden did not have a medical degree.

And neither does his wife, who, despite Whoopi Goldberg proclaiming that “Dr. Jill is a hell of a doctor” who would make a great Surgeon General,” has a doctoral degree, Ed.D., in education, for her thesis: Student retention at the community college : meeting students’ needs

Yesterday, I pointed out the potential consequences of having an overwrought, childish, partisan debate over a lifesaving drug that’s used by millions of Americans. Today, I see, Joe Biden is comparing hydroxychloroquine to poison. “It’s like saying maybe if you inject Clorox into your blood it may cure you,” Biden said of Donald Trump’s admission that he takes the drug. “C’mon, man! What is he doing? What in God’s name is he doing?”

Now, I get that Biden thinks it’s cute to merge the myth that Trump wants Americans to inject themselves with bleach and the president’s unproven prophylactic use of hydroxychloroquine. It’s worth noting, however, that the presumptive Democratic Party nominee is also now telling Americans — including those who need this low-risk prescribed drug that has been approved for all public use for over 70 years — that taking hydroxychloroquine is tantamount to injecting yourself with bleach.

Listen to this NPR interview with some doctors trying to conduct tests of hydroxychloroquine effectiveness. Dr. John Giles, a rheumatologist at Columbia University, who says that the partisan fight over hydroxychloroquine has made it virtually impossible for him to find people to test the effectiveness of the drug against coronavirus. Why would anyone want to swallow Clorox, right?….

Guest column: Hydroxychloroquine already a life-saving medicine for people like me