Woke Math: Belief That 2+2=4 Is Cultural, Result of Western Imperialism 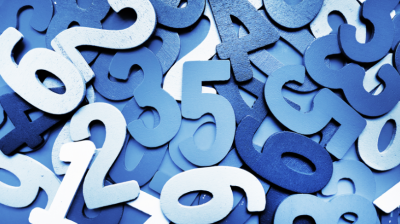 This teacher is working on her doctoral dissertation. I didn’t know you could get a Ph.D. in ‘Dumb.’

If she wants to believe that 2+2=4 is open to “other interpretations,” fine.

But lots of luck getting medication filled where the pharmacist “re-interprets” the prescription numbers in a more woke manner. Or walking into an elevator where the building construction crew “re-imagined” the blueprints based on their feelings.

Brittany Marshall, a self-described teacher and Ph.D. student, took to Twitter this past weekend to voice her displeasure about the concept of 2+2=4, saying the “idea” of the simple math equation is merely “cultural.”….

“Nope the idea of 2+2 equaling 4 is cultural and because of western imperialism/colonization, we think of it as the only way of knowing,” wrote Marshall (HT: Disrn). Never mind that the Arabic numeral system we use is not, you know, “Western.”….

Just the kind of person you want teaching your kids, right?….

Marshall’s tweet appears to be part of a larger discussion on Twitter that began with this assertion from Ida Bae Wells, whose Twitter bio says she’s a reporter for New York Times Magazine “covering race from 1619-present.”

The discussion prompted another teacher, Kim Charlton, to declare that “math isn’t objective.”

She added in a subsequent tweet, “Just because we’re told standards/math are objective doesn’t mean they are.”….