Flashback: John Kerry Warns Trump Moving Embassy to Jerusalem Will Be A Disaster 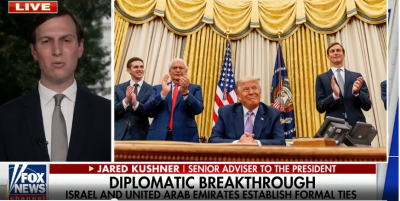 Yeah, no. The “explosion” Kerry predicted is actually the explosion of *peace* in the Middle East. Netanyahu now predicts a “new era of Israeli relations with the Arab world,” and said other deals with Arab countries would follow.

U.S. Secretary of State John Kerry, who will leave office in two weeks’ time, warned on Friday of “an absolute explosion” in the Middle East should President-elect Donald Trump decide to move the U.S. embassy to Jerusalem.

And here is another loser, er, member of the Obama Administration: