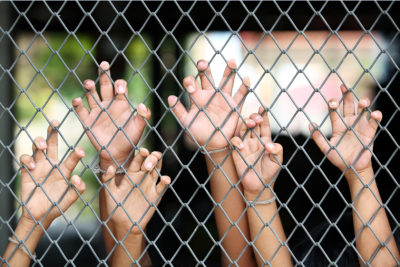 Michelle’s depressing speech was so full of lies, er, distortions, that I was waiting to hear her claim that President Trump was spotted trying to steal the mailbox on Martha’s Vineyard.

She did lecture us that “A president’s words have the power to move markets. They can start wars or broker peace.” So true. But strange, I cannot find anything in the transcript about the amazing, historic peace deal between Israel and the UAE that was brokered by President Donald J. Trump.

The Associated Press fact-checked Michelle Obama’s Democratic National Convention speech after she condemned Trump for using “cages” to house migrant children at the U.S.-Mexico border while failing to note that the same facilities were used during her husband’s administration.

“Michelle Obama assailed President Donald Trump on Monday for ripping migrant children from their parents and throwing them into cages, picking up on a frequent and distorted point made widely by Democrats,” the AP reported….

The former first lady said Americans “watch in horror as children are torn from their families and thrown into cages.”

The AP noted that the “reference to cages is misleading and a matter that Democrats have persistently distorted” and Obama’s speech included the same misleading talking points….

This is a very powerful ad. Watch it and then retweet it: pic.twitter.com/pwhgPQuOGw