Pelosi: There Should Be *No* Debates Because… Trump 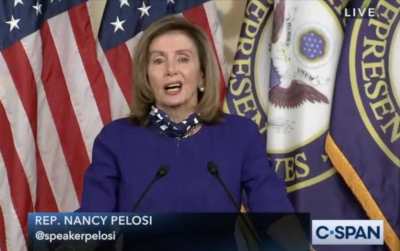 Pelosi says there should be no debates because “President Trump doesn’t deserve one” ?

Besides, so many of us have already purchased 500 lb. bushels of popcorn in preparation for this event.

“I don’t think there should be any debates. I do not think the president of the united states has comported himself in a way that anybody that has any association with the truth, evidence, data, and facts – I wouldn’t legitimize a conversation with him, nor a debate in terms of the presidency of the United States.”….