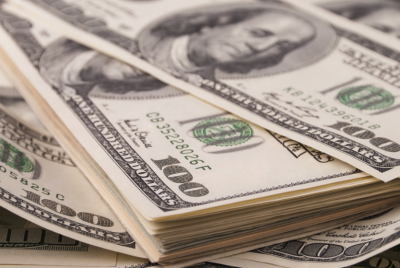 Confiscating, er, taxing 60% of the wealth of U.S. billionaires is really dumb. Unless you are a total ‘economics – illiterate,’ or an old Communist, er, Socialist Senator from Vermont. But I repeat myself.

Senator and former presidential candidate Bernie Sanders has another bright socialist idea: A 60% wealth tax on billionaires to pay for nationalized health care for a year. Such nuttiness would be easy to ignore were it not for the fact he’s now the driving intellectual force behind Joe Biden’s basement-based presidential campaign.

As any economist worth his salt will tell you, a wealth tax is perhaps the most pernicious tax, since it punishes people retroactively for their hard work, thrift and smart investments.

Not only does it dissuade people from accumulating wealth, but it also dramatically reduces the amount of capital in our economy. Everyone will be poorer, with lower incomes for all and fewer jobs as the inevitable result.

We already had this debate, if you recall, last year. Both Sanders and his socialist pal Sen. Elizabeth Warren both brought it up. It was one of the many reasons why voters rejected both Sanders and Warren, favoring instead the mentally challenged Biden.

Yet, the wealth tax keeps getting burped up like a bad meal. Maybe with COVID-19 lockdowns and the public’s very real economic worries, the Sanders-led left (and, by extension, Biden) thinks it can take advantage and finally get a wealth tax passed. Or maybe it’s just political theatrics.

To sweeten the deal, Sanders says the wealth tax will last for only a year, and the money would go to Medicare to pay Americans’ health care bills….

Let’s start with the most basic argument: experience. European countries have tested wealth taxes, and were sorely disappointed with the results. They found the taxes added far less in revenue than their economic models anticipated, and actually slowed economic growth.

No surprise, really. People who were hit hardest by wealth taxes simply pulled up stakes and moved elsewhere….

Would a President Biden, whose platform was co-written by Sanders, let a wealth tax lapse after one year, as promised?

But it didn’t take long for that proposed “one-off” tax to morph into a dream of permanently higher taxes on the rich….

Contrary to popular myth, billionaires don’t sit in a room all day counting their piles of gold coins and lighting cigars with $100 bills, like latter-day Scrooge McDucks.

No, billionaires put their money to work, building new companies, creating fresh products and hiring thousands upon thousands of well-paid people. This is why America has the biggest and wealthiest economy on Earth. And why millions of foreigners seek to move here each year….

This is yet another area in which the gap between the two sides of the political spectrum is enormous, and likely unbridgeable. It is a fact that if you tax something, you get less of it. Want to choke prosperity in America? Fewer jobs? Less opportunity? Just tax wealth, the main source of investment and economic growth….