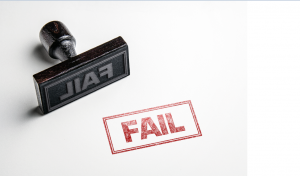 If you're having a bad day, just think of all the social services we're going to fund after we defund the Pentagon.

If you’re having a bad day, just think how the USA will get back to normal when POTUS is re-elected and these anarchists get swept into the dustbin of history.

Democratic Missouri congressional candidate Cori Bush suggested Tuesday that the federal government should take a cue from the recent movement to defund the police by doing the same to the U.S. Department of Defense….

Sanders himself has endorsed Bush in her House race. She is also backed by Justice Democrats, the same group that helped Jamaal Bowman defeat another long-term Democrat establishment incumbent, Rep. Eliot Engel, D-N.Y., in their primary race. The organization is also known for being behind Omar as well as Reps. Alexandria Ocasio-Cortez, D-N.Y., Rashida Tlaib, D-Mich., Ayanna Pressley, D-Mass., and Pramila Jayapal, D-Wash….

‘The Legitimacy Of Our Constitution Is Our Crisis’: Leftist Magazine Writer Calls For ‘Abolishing The Constitution’