This Anti-Trump Ad Is The Most Ridiculous Campaign Message Ever 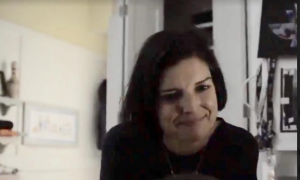 This was put out by the Lincoln Group, a bunch of incompetent nincompoops, er, anti-Trump rage-filled losers who are now raking in millions of dollars from super-rich backers. The ad is astonishingly dumb, and unintentionally funny. Although it would have been hilarious if the kid had said to his mother: “I see dead people.” Or something.

lmaoooo i audibly snorted at the 0:44 mark in this lincoln project ad. pic.twitter.com/xhczTjavVj

And now, for a palate cleanser, here is a truly awesome ad:

This is a damn good ad pic.twitter.com/6SkOgCKOHs