Microwave Energy Likely Behind Illnesses of Americans In Cuba & China 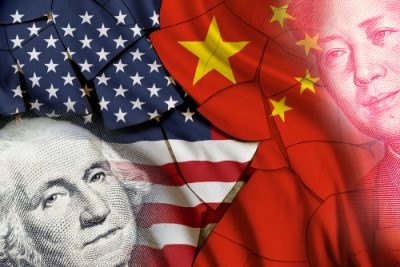 While we have needed an update for quite some time, note throughout this story the wavering and weakness of the US response. It appears China and Russia (via Cuba) have been engaging in a cold war by targeting Americans in ways to make them sick or even to kill them. It would seem COVID is the next natural step is you want to take the world down a few steps especially since China can’t naturally compete, as well as debilitate not just the American economy but trust in the government itself.

Chaos is what the tyrants of the world have always unleashed. This is no different. And it will only get worse if we continue to do nothing. China must be thrilled with the current ‘election’ results.

A radiofrequency energy of radiation that includes microwaves likely caused American diplomats in China and Cuba to fall ill with neurological symptoms over the past four years, a report published Saturday finds.

Why it matters: The National Academies of Sciences, Engineering, and Medicine’s report doesn’t attribute blame for the suspected attacks, but it notes there “was significant research in Russia/USSR into the effects of pulsed, rather than continuous wave [radiofrequency] exposures.”

Of note: The report, first obtained by NBC News, recommends that the State Department act promptly to establish plans and protocols to enable future investigations if required.

in the future… If required. Pathetic.