CNN Announces It Is Pulling Network From Airports, Twitter Rejoices 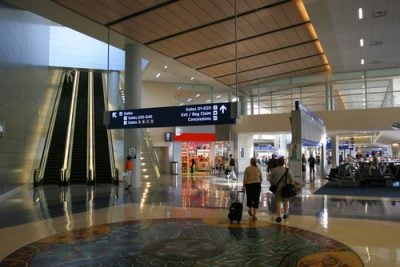 One of the bright spots in the very young and angry 2021.

CNN announced Tuesday that it would pull the plug on its long-running Airport Network, causing jubilation among many of the network’s critics on social media.

Network President Jeff Zucker announced the CNN Airport Network will officially end on March 31, citing a “deep decline in airport traffic because of COVID-19, coupled with all the new ways that people are consuming content on their personal devices.”

“Having to say goodbye to such a beloved brand is not easy,” Zucker wrote. “I want to thank our friends and colleagues who have contributed to its success and to celebrate the fact that for 30 years, the CNN Airport Network has kept millions of domestic travelers informed. It has also become an iconic part of the traveling experience in this country.”

For years, CNN critics mocked the anti-Trump network for heavily relying on airport travelers for its viewership, which had cratered for much of the Trump presidency.

“You hate to see it, and by that I of course mean CNN at the airport,” Twitter conservative David Burge said.