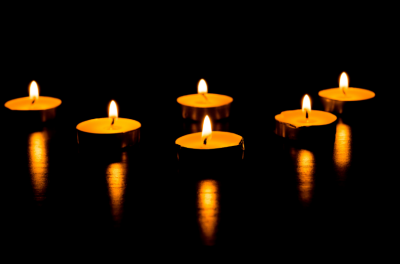 Today is Yom HaShoah — Holocaust Remembrance Day. This year marks 75 years since the liberation of Auschwitz.

But, due to the COVID-19 pandemic, today will be commemorated differently – online. And the traditional two-minute siren at 10 a.m., where the entire country of Israel stops to remember, will mostly be done at home.

Several years ago, I wrote about Sugihara, known as the ‘Japanese Schindler,’ who saved several thousands of Jews during WWII.

This year, the story of Sugihara was told on Siriius XM’s ‘American Voices With Sen. Bill Bradley,’ and it won the National Edward R. Murrow Award for News Documentary and National Headliners Award: Heroism In The Face Of Genocide: Chiune Sugihara, The Japanese Consul Who Saved Thousands Of Jews. Interviewees include a prominent DC attorney who recalls receiving a visa from Sugihara at the age of four, together with his parents, and several children and grandchildren of those who were saved.

And, on a personal note, after listening to the presentation, I learned that my uncle had also received a visa, and was able to escape Europe during WWII, thanks to Chiune Sugihara.