Israeli Diplomats Praise Ric Grenell As Most Significant US Ambassador

by Shifra on May 27, 2020
Posted in: Diplomacy, Good Guy, Grateful, Israel, Politics
Tweet 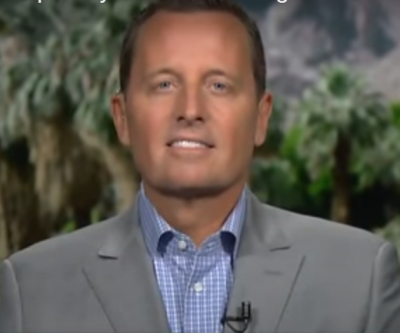 The Leftists in Germany might be glad that Ric Grenell is leaving his Berlin post. But Israeli diplomats say he will be sorely missed.

The departure of US ambassador to Germany Richard Grenell this week prompted a wave of accolades for his diplomatic work from important Israeli ambassadors based in continental Europe.

Grenell’s robust diplomacy to advance human freedom will be deeply missed in Europe. He served as US president Donald Trump’s go-to ambassador for the continent. Within a mere two years, he quickly earned kudos as a “force of nature” who secured diplomatic results.

For Israel, Grenell was the most significant US ambassador in Europe with respect to fighting contemporary antisemitism and moving the security interests dial forward for Israeli and Western interests.

For example, Germany’s designation of Hezbollah as a terrorist organization last month.

Grenell pursued, with laser-like focus, an entire ban of the Lebanese terrorist movement Hezbollah within Germany’s borders. Without Grenell’s intense plan to outlaw Hezbollah, the German authorities would not have proscribed the Lebanese Shi’ite organization a terrorist entity….

What a shame, Grenell was probably the best ambassador to Germany in recent years to represent the the US in Bonn or Berlin!! https://t.co/EFMCxPNfXX

To me, @RichardGrenell is a model of effective, courageous and honest diplomacy , with an optimal use of modern platforms of communication. An inspiration. https://t.co/T8eJRMGHUI

Thank you @RichardGrenell for your personal friendship to the Jewish people, Israel and the free world. All the best for @mattlashey, Lola and yourself.
Let's all be great in this world! pic.twitter.com/YIzvdmXzOI