‘I Take Responsibility’: Celebs Mocked Mercilessly for PSA on Racism 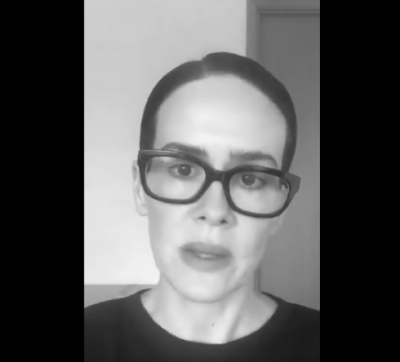 ‘I take responsibility’ – for falling off my chair laughing at the virtue-signaling, over-the-top ‘acting’ and raging narcissism of these clueless tone-deaf celebrities.

And ‘I take responsibility’ – for fully enjoying these very clever and hilarious videos mocking the celebs’ Public Service Announcement.

In case you (were fortunate enough to have) missed it, here is the cringey video:

The celebs are back with the cringe in new #ITakeResponsibility video pic.twitter.com/nwyq0tePBQ

A star-studded PSA for the “I Take Responsibility” campaign — featuring “influential voices from the white community [taking] responsibility for turning the racist tide in America” — is now being parodied by the white cast members of popular Netflix series, “Dear White People.”

The campaign was immediately met with criticism for its overly dramatic delivery and for celebs “making this about” themselves, prompting “Dear White People” cast members John Patrick Amedori, Wyatt Nash, Caitlin Carver, Erich Lane, and Sheridan Pierce to shoot their own version as the tone-deaf characters they play on the series. The show largely focuses on both subtle and overt racism experienced on college campuses….

The white students of Winchester also want to take responsibility. We tried to stop them. #DearUsPeople pic.twitter.com/YuhQ7SutL6

And this, via BPR.

Laughing to keep from crying 🥴@hashtagbooked parody of White Hollywood’s #ITakeResponsibility call to action is out: pic.twitter.com/8tLrF1orbW