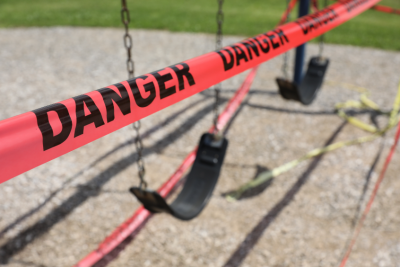 Yes, the mayor of NYC actually said it.

Because apparently it is soooo much easier for him to target Jewish mothers and their children than to stop protesters, er, looters/arsonists.

After everything NY has allowed, this is disgusting and outrageous. https://t.co/6BdPwXkHq5

New York City mayor Bill de Blasio (D.) on Thursday said he would not reopen playgrounds to families because it is “too much of a risk” but said large protest gatherings may continue….

Hamodia journalist Reuvain Borchardt had asked de Blasio how it was fair to allow protests to continue amid the coronavirus pandemic while families are prohibited from using playgrounds.

“How does it promote equality, Mr. Mayor, when protesters, who have already had nearly two weeks to be out in the street, are continually allowed to gather?” Borchardt asked.

The mayor defended his decision, saying the protests are a demand for change during a painful and challenging period.

“I do think the moment that this city, this nation has gone through in the last two weeks or so is something very particular, very painful, very intense, very challenging,” de Blasio said. “But also a moment where literally decades and centuries of the demand for change came forward, and real change is happening as a result.”….