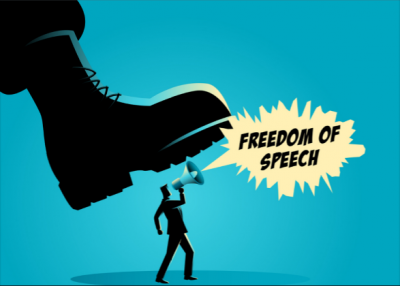 Nate McMurray is not just some annoying Twitter troll, he is a Democrat running for Congress. He thinks he is being clever by conflating ‘racism’ with ‘Trump support.’

Last night, Joe Biden promised that if he wins, he will ‘transform’ America.

Does ‘transform’ means getting rid of the Second Amendment, and the First Amendment too?

Do not roll your eyes

Do not play nice

Do not worry about hurting someone’s feelings

We can not reward or tolerate ignorance. It normalizes it.

…on Friday, McMurray described himself as a progressive, which to him meant “what we did before isn’t good enough.”

“America is a work in progress. We must do better tomorrow than we did today. I don’t want to make America ‘great again,’ that’s regressive. Forward. Better. Inch by inch, upon the sacrifices of each generation,” he tweeted

Including any nonsense Trump spews today.

However, several Twitter users fired back and asked if he was going to report them for exercising their right to free speech.

“I’m a Trump supporter. Whatcha gonna do about it? Are you gonna report me? This is the United States of America and we’re free citizens. I know you liberals are desperate to change that and abolish our freedoms,” one person said….

And, this *perfect* response from TAM @jane_herriot:

You do realize that were you to win a congressional seat (unlikely at this point), that you would be representing Trump supporters in your district? You are the hate-filled and racist divider, and you have no business being in Congress.